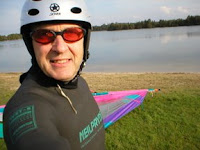 Sunday, 30-September-2007 - Langenboom - I wanted to go windsurfing at least once this year. After all, it was one of my New Year's resolutions. There wasn't much wind, but I wanted to find out how my new board reacted with me on it. I figured out how to rig the sail, and I went out for about an hour. It was a test of balance. When the wind did pick up, the board took right off. I was delighted. The old board can now be officially retired. 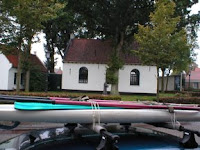 Saturday, 29-September-2007- Alphen - After work on Friday, I went to Mark's brother-in-law, Corné, to see his windsurfing set he had for sale. There, I met Mark's sister, Desirée, and Desirée and Corne's children. The windsurfing gear looked good, so I bought it. My old board had served me well for the past 13 years, but it was wearing out. I picked up my new board on Saturday morning, hoping to go windsurfing that afternoon. I was a rainy day so we weren't skating. On my way home, I bought a helmet for water sports. After my head injury earlier in the year, I didn't want to get hit on the head with a mast. It kept on raining, so I just checked out my new gear.
http://picasaweb.google.com/dale.weiss.planet/New_windsurf_board
Posted by dale weiss at 7:55 PM No comments: 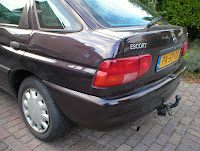 Sunday Fun on Wheels in Elsendorp 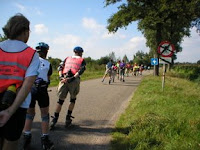 Sunday, 16-September-2007 - Elsendorp, NL - My shoulder was hurting from yesterday's basketball game. I needed to get it loosened up, and I didn't want to drive my car this weekend, so I hopped on my bike and rode to the Keldonk meeting point. Great weather, great skating--40 km. I must admit that I got spoiled last weekend, skating on all those smooth paths and roads. Jan and Coby gave me a lift home after I noticed my rear tire was bulging out of the rim. After a nice shower, I did some yardwork. We had Chinese food for supper. When I picked it up, I walked through the annual Veghel Kermis (carnival) attractions.

http://picasaweb.google.com/dale.weiss.planet/20070916_keldonkElsendorp
Posted by dale weiss at 8:43 PM No comments: 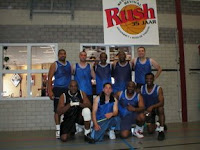 Saturday, 15-September-2007 - Uden - I was getting ready to go skating when I read Larry's e-mail: basketball game starts at 1630 today. It was a veteran exhibition game: former American Air Force players against Dutch Rush veterans. I cancelled skating; I couldn't miss this, even from the bench. Larry Brewington had been getting the guys ready for this game for the past three months. Even though I hadn't played basketball in ten years, and hadn't made any of the practice sessions, I had to go. I had to get a good warmup so I wouldn't break anything, so I jumped on my bike and headed for Uden. I better tape up my right ankle. When I got to the sport hall, I heard Larry's voice and hooked up with the reast of the team. We were all ready to do this, and we did. It was a great game. We won 64-58. After the game, we had time to talk about old times while enjoying a great barbecue provided by our Rush hosts.
http://picasaweb.google.com/dale.weiss.planet/Basketball_35years_rush_uden
Posted by dale weiss at 7:47 PM 1 comment:

Fun on Wheels Skating Weekend in the Achterhoek 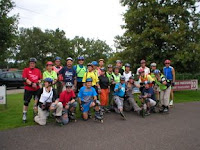 Zondag, 9-September-2007 - Lievelde, NL - The Fun on Wheels group went for a three-day skating weekend in the Achterhoek, a corner of the Netherlands near the German border. We stayed at a camping farm. 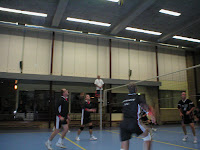 Wednesday, 5-September-2007 - Uden, NL - Inspired by our new photographer, Tom van Alebeek, and by the absence of our team captain, Ron Hendriks, we played to a 3-0 victory. Thanks to all of our fans who cheered us on. 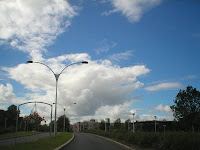 Tuesday, 4-September-2007 - Hellevoetsluis, NL - Drove Marij to Hellevoetsluis today to be with Katherine for a few days--finally on vacation. Couldn't resist taking pictures of the clouds.

http://picasaweb.google.com/dale.weiss.planet/Marij_vacation_trip
Posted by dale weiss at 8:22 PM No comments: 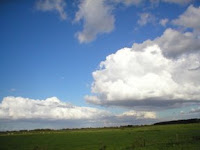 Monday, 3-September-2007 - Tilburg, NL - It's my sister Jane's birthday today. Took some pics while driving to and from work today.
http://picasaweb.google.com/dale.weiss.planet/Driving_weather
Posted by dale weiss at 8:05 PM No comments: 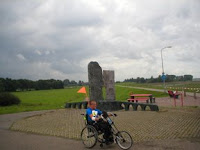 Sunday, 2-September-2007 - Beneden-Leeuwen, NL - Got up at 0630 to get ready. The weather radar showed a rain cloud moving quickly and heading in the direction of our tour. Met Tonnie at the carpool meeting place around 0830. We arrived at the sporthall around 0915. There we met Ronald, Wim, Willem and Maureen. The start was at 1000. It started to rain right before we headed over to the starting point. Met Karen from last year's tour. The first 10 km took the energy right out of me--skating right into the wind. Got passed by a long boarder and by Erik, a wheelchair athlete. At the first aid post in Maasbommel, I got my toe bandaged. I took a lift with the safety vehicle to get closer to the skaters in front of me. Around the 20 km point, I took another lift. Erik took a spil right in front of us in a left-hand turn going up the dike. I got out of the truck and started skating. Around the halfway point at the dike monument, I decided to quit. My back was hurting, and I just didn't have any energy left. While I was waiting, Erik came by. I again got in the truck, but only for a few minutes. After the safety crew said they'd be following Erik al the way to the finish, I knew I had a new mission to complete. I got out and stayed with Erik the rest of the way. Well done, Erik! You're a true champion.
http://picasaweb.google.com/dale.weiss.planet/20070902_zo_benedenLeeuwen
Posted by dale weiss at 7:20 PM No comments: 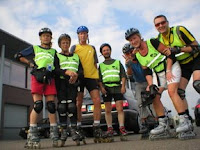 Saturday, 1-September-2007 - Veghel - Got up around 0930. Chatted with Rosan. Read the newspaper http://www.brabantsdagblad.nl/. Looked outside at the sky and the weather radar. Got myself psyched up for the 50 km skating tour tomorrow at Beneden-Leeuwen http://www.dijkenloop.nl/. Replaced my skate brake pad (thanks again Marlyn), and headed over to the Sligro meeting point. We had seven skaters today: Mieke, Bep, Jan, Tonnie, Bart, Ans, and me. We headed along the Zuid Willemsvaart canal in the direction of Boerdonk. It started out cloudy, but the sun came through about halfway along.