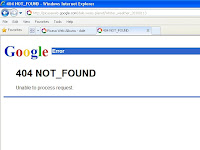 Saturday, 16-January-2010 - Veghel - My Picasa photo albums are temporarily blocked to improve privacy for my family and friends. This could take up to two weeks. Please contact me if you wish to view any blocked albums of interest to you after service has been restored. Thank you.
Posted by dale weiss at 3:16 PM No comments: Wednesday, 13-January-2010 - Veghel - The weather report predicted thaw and rain. It had frozen last night, and I wanted to make sure I got to ice skate at least once this season. I first took a look at the pond at the end of our street, and I met neighbor girl Rosalie who was just about to get on the ice. Then I went to the nearby pond at the AA-broeken. I was the first skater there. I did a reconnaissance check. The ice was a good 10 cm (four inches) thick everywhere. It was bumpy in most places, but it was great for a morning skate. I took pictures of everyone I met there, including a family of four and two hockey players. Had a very nice and straight-forward talk with Gijs de Vocht. He was there watching and feeding birds. He asked me if I was the "De Buurter" from the Brabants Dagblad regional newspaper. I said no, but I did know the editor, my volleyball teammate, who supervises the daily column Om de Hoek (Around the Corner). He praised the Buurter for his insight on activities and life in the local area. He was concerned about the future of this nature area. It had gotten worse over the years, and now a large high school (Zwijzen College with approx 1800 students) was being built on the other side of the road. He also spoke of his last important mission of his life, to be a mental coach to young people. Just as he is striving for a better future for the nature reserves in the area, he is striving for a better future for the youth of the area. The two are clearly connected to each other. He explained that he just started the company "De Uitdaging Plus" (the Challenge Plus) to achieve this. I asked him, "Why should young people listen to an old man." "Because I have been where they are now", he replied. I was impressed with his sincerity and commitment. After he headed off, I skated for an hour and a half. Super enjoyment!
http://picasaweb.google.com/dale.weiss.planet/Winter_weather_20100113#
Posted by dale weiss at 1:51 PM 2 comments: 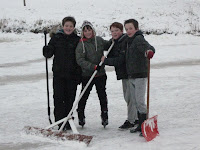 Sunday, 10-January-2010 - Veghel - Watched birds in the back yard and then watched neighboorhood skating nearby. Got the snow clearing crew to stop for a picture. Went on to find the ducks and seagulls to feed some bread crumbs and fish scraps.
http://picasaweb.google.nl/dale.weiss.planet/Winter_weather_20100110#
Posted by dale weiss at 7:39 PM No comments: 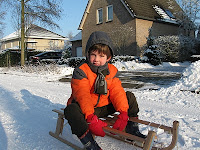 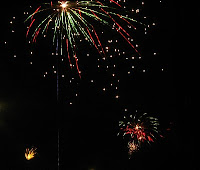 Thursday, 01-January-2010 - Veghel - Marij and I watched New Year fireworks with curtains open and blinds pulled up.
http://picasaweb.google.nl/dale.weiss.planet/New_year#
Posted by dale weiss at 4:55 PM No comments: