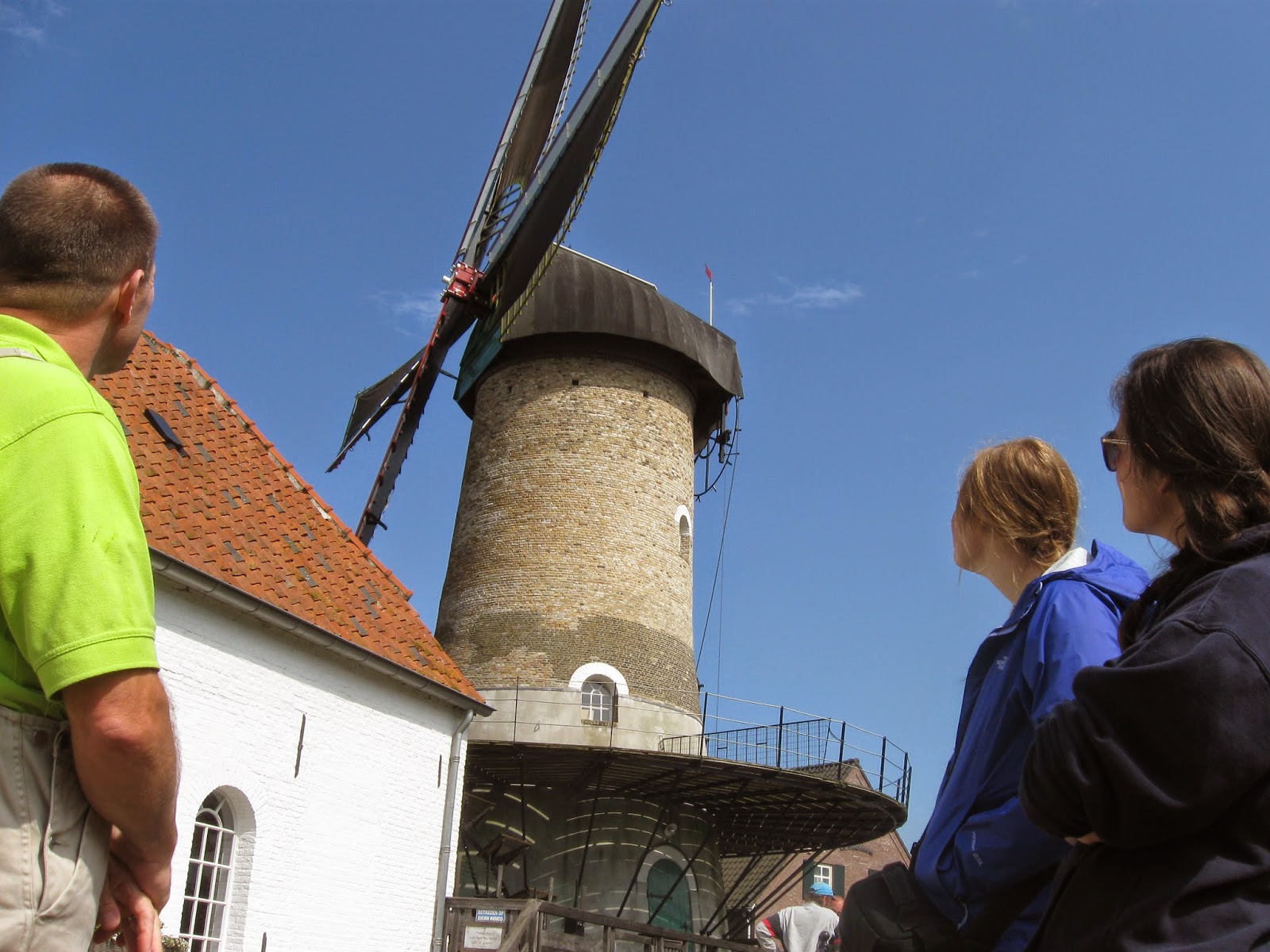 Saturday, 23-August-2014 - Dinther - After breakfast, we made lunch and headed on bicycle to the nearby Kilsdonkse Windmill.  There, miller André van Esch (at left on photo) gave us very interesting and in-depth tour of the only combined water and wind-driven oil and grain windmill in the Netherlands.  We continued on to the building site of Chris and Marit's new home.  Chris joined us at the nearby Heeswijk Castle.  We visited Chris and Marit's temporary house nearby.  After repairing Abbie's flat tire and returning home, we drove with Marij to Frank and Marjo's home in nearby Uden.  There was this year's Marc's Bar BQ Volleyball Team barbecue.  Koen and Rosan joined us there.
gps-tracked route part 2
gps-tracked route part 3
Posted by dale weiss at 10:15 AM